Today’s podcast is called to be prepared or not to be prepared on several episodes of the unconscious pharmacist podcast I had talked about. It’s one five nine, which is the California prep and pick bill.

That bill was introduced into. Um, the California Senate in January of 2019 by Senator Scott Wiener from San Francisco.

Today’s podcast is called to be prepared or not to be prepared on several episodes of the unconscious pharmacist podcast I had talked about SB159, which is the California prep and pick bill. That bill was introduced into. Um, the California Senate in January of 2019 by Senator Scott Wiener from San Francisco.

And we’ve talked numerous times, over the year about this bill as it went through its passage, um, through the California Senate, the California assembly and then, um, was, was voted by the legislature and ended up on gay, uh, governor Gavin Euston stairs. The passage of this bill who was an extraordinary experienced, um, I was spent a lot of time working, um, with the writers of the bill with the, especially with the California pharmacists association on writing laters to legislatures and expanding really a grassroots effort to get this bill, um, through the Senate, through the assembly and then on the governor’s desk. And I’m very, very happy to announce if you haven’t heard already.

Then on October 7th, 2019, the governor signed SP one five, and it is B. The bill is entered in. It is now an official bill, um, in the state of California Senate bill number one, five, nine.

Um, it’s part of chapter five, three to, um, in the California. Um, okay. Welfare and institutions code and it is the HIV prevention bill and um, is extremely important, not only for HIV prevention in the state of California, but also for pharmacists. Why does this matter? Well, according to, um, this bill pharmacists that they are trained, the pharmacist will have to go through, um, an extensive training program.

Pharmacists will be aloud to furnish prep and PEPs or postexposure prophylaxis to people that come into the pharmacy once they’ve gone through the training and also provided all the testing that’s required before somebody gets prepped. So the, the guidelines for prep and pep have to be for followed really closely. Of course, we never want to put an HIV positive person just on prey on Truvada or now discovery. Um, Oh, you never ever want to do that.

So it’s very important that all the required lab work is done including HIV testing before somebody goes on prep. So pharmacists who are trained and able to provide this at the pharmacies will then be able to furnish up to a 60 day prescription for prep for the patient. They will be able to do this for that particular patient every two years. So once the patient comes into the pharmacy, they go through all the testing, the pharmacist then can furnish up to your 60 day prescription for the prac and then, um, build the insurance and get paid for it.

Um, it’s an extraordinary bill, um, or support of, um, you know, the, the transition in California, we pharmacists, um, were recognized as healthcare provision professionals when SB four 93 was signed into law by governor Jerry Brown in, um, 2013. So this has been ongoing for the course six years now and we’ve got lots of services that pharmacists can do in the pharmacy and provide these provisions. So going back to SB four 93, um, that was approved on October 31st, 2013 and signed into law by governor Jerry Brown and it provides the law through the California state board of pharmacy.

Right now, um, AB 104, uh, with pharmacists can bill for and get paid for the drug that also bill for the services of those drugs. Um, or um, furnishing Naloxone, furnishing, self administered hormonal con contraception, initiating and administering any vaccination, furnishing, nicotine replacement products and furnishing travel medications is B one five, nine.

The furnishing of prep and Peck will also be added to AB one, one four so patients who have medical, we’ll be able to, they have the pharmacist, furnish the prep, go through all the counseling, have the pharmacist bill for those services, and then the prescriptions. And then also bill for the service. So under AB 114, who is qualified as a billing provider? So it says the requirement is that a claim for payment of a pharmacist services may only be submitted by a California enrolled pharmacy provider.

So if a physician bills medical $100 for a service, the pharmacist can bill medical for 85. So there’s a procedure that test the pharmacist has to go through in order to be enrolled with medical as a provider. Um, and you have to do this in order to be able to bill for the services. So a pharmacist has to enroll as an approved O or P, it’s ordering, referring and prescribing provider and it has to do, be done through Medi-Cal and um, done through its pay, the online portal.

Now this is it, something that happens overnight. It can take up to six months or even longer to get approved as this or P provider. Um, my application has been in with Medi-Cal for five months now and I’m still waiting. So for those pharmacists who who would be eligible, it’s really important that you get, um, signed up as soon as possible. And I will in the show notes, you will find in the show notes a PDF of the entire language of SB159, the entire language of it’s before nine three and the, uh, pharmacist services AB 100 for frequently asked questions, so it’ll give you more information on how to go about doing this.

It’s before 93 81, one for the pharmacy board created the advanced practice pharmacist license. Um, we pharmacists can work on the collaborative practice agreements with physicians and clinics to be able to provide care to patients besides just filling a prescription.

So these are extraordinary moves and very innovative practices in the state of California that I wanted to share on the podcast today, especially the prep and PIP pet bill. As this got approved on the, it’s be a one five, nine got approved on October 7th, on October 3rd, the FDA actually approved the second drug for prep OVI which the only drug that was approved before that was Truvada, which contained tenofovir disoproxil and trisetabien. Discovey contains, turnofia alifermini.

And before we end the podcast today, I just wanted to make some clarification. So many media outlets in California, all the news agencies and ASO is have been putting out information about um, [inaudible] one five, nine because it is a big deal in California for pharmacists to be able to um, provide the prep pair and a lot of the headlines are saying prep now available in California without a prescription.

One headline said prep is now available over the counter. And a lot of people have been approaching me and asking me if this is true and when our patients read that they can, you just want to walk into a drug store and pull a bottle of prep off of the shelf cause it’s the headlines saying it’s available over the counter or I just wanted to clarify that that is not the case. Uh, the pharmacist, the train pharmacist will be able to furnish prep and pep and create their prescription and bill for it without getting a written prescription from the doctor.

And I want to make it abundantly clear that print under this bill is not available over the counter. The person who wants to get the prep will have to go to a pharmacy where the pharmacist is certified and trained to be able to furnish and provide the prep as well as all the education or the follow up and all the labs.

As I mentioned before, it is not available over the counter. The pharmacist will then bill a prescription for prep to the insurance company and then provide it. So I want to make clear, abundantly clear, right in California is now not available over the counter, but it is available under this law and that provision where pharmacist trained pharmacists will be able to furnish the press and provide prescriptions, um, for 60 days to the patients for, for the services.

And then also for people coming in who feel that had an exposure within the 72 hour window, the pharmacist or indie able to provide PayPal postexposure prophylaxis, um, according to the guidelines.

So thank you so much for listening to this legislative PreK Laden episode to be prepaid or not, to be prepared, of the conscious pharmacist podcast and until next time, be the change. 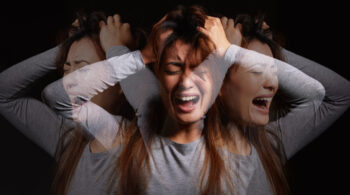 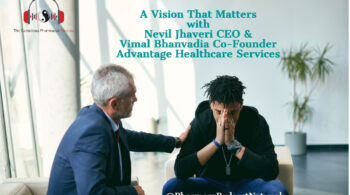 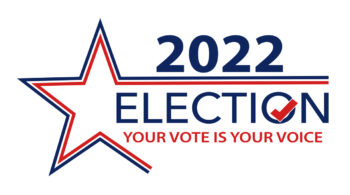 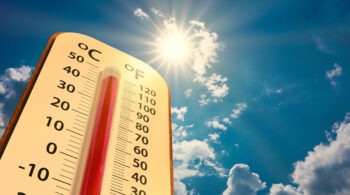