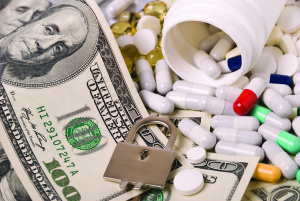 A bill in the California Legislature that would require pharmaceutical manufacturers to explain the prices for their expensive products is thought to be the first legislative attempt of its kind in the country.

The bill — AB 463, by Assembly member David Chiu (D-San Francisco) — would require drugmakers to report profits and production expenses for any drug or course of treatment costing $10,000 or more.

It is the latest attempt to deal with swiftly rising prices of specialty drugs. The bill follows congressional investigations, lawsuits and wrangling over state budget expenditures for drugs such as Sovaldi, a hepatitis C treatment that costs about $1,000 per pill or about $84,000 for a full course of treatment.

Chiu makes it clear that his bill does not intend to regulate or moderate prices. “Not at this time,” Chiu said. “We continue to hear justifications for these sky-high prices for specialty drugs without knowing what the real facts are of what the cost drivers are.”

“For years, policymakers have been focused on all of the drivers of our extremely expensive health care system,” Chiu said. “Every aspect of the system has been scrutinized to make sure we have fair and transparent prices. Under the Affordable Care Act, hospitals have been forced to publish a list of prices.”

He added, “We’ve all seen skyrocketing prices for specialty drugs without knowing why. They’re contributing to the overall cost of health care, threatening the long-term success of the ACA and they’re putting enormous pressure on state budgets.”

“I think it’s very appropriate to have a conversation about how these prices are arrived at,” Chiu said.

Chiu’s bill would require drugmakers to provide the California Office of Statewide Health Planning and Development with costs related to several steps of the drugmaking and selling process, including:

OSHPD would post the information online and publish an annual report for the state Legislature.

Chiu and members of his staff said there may be similar legislative efforts under way in “four or five other states,” but they were not aware of any laws requiring pharmaceutical manufacturers to divulge pricing information.

Sovaldi a Catalyst, but Not the Only One

Sovaldi has become a poster child for high-price specialty drugs, but it isn’t the only one. New drugs to treat cancer, rheumatoid arthritis, multiple sclerosis and other diseases could quadruple the cost of specialty drugs in the U.S. from about $87 billion in 2012 to about $350 billion in 2020, according to a report from the UnitedHealth Center for Health Reform & Modernization.

“My interest in sky-high prices for specialty drugs started around HIV/AIDS drugs,” said Chiu, a former supervisor in San Francisco. “There were plenty of other drugs that focused attention on this before Sovaldi came along.”

Made by Gilead Sciences in Foster City, Sovaldi has generated at least one lawsuit, a congressional investigation and widespread calls for price reductions.

Gilead Sciences did not respond to requests for comment on Chiu’s proposed legislation.

Although the cost of treatment is high, the cost of treating hepatitis C patients without Sovaldi or its sibling Harvoni (also high priced — about $94,000 per course of treatment — and also made by Gilead) can be higher. Sovaldi has become part of the “community standard” for medical professionals treating patients with hepatitis C, according to California Correctional Health Care Services officials, who oversee clinical care and drug prescriptions for 125,000 inmates at 34 state prisons. They began using Sovaldi last summer.

In December 2014, PhRMA — the Pharmaceutical Research and Manufacturers of America — released a report claiming hepatitis C has become a curable disease, thanks to new drugs.

While acknowledging the importance of medical advancements drugs like Sovaldi represent, Chiu said high prices are “a significant burden on the health care system and ultimately unsustainable in the long-term.”

Chiu points out that the $300 million earmarked for hepatitis C treatment in California’s proposed budget for this year could actually be a lot higher. The state Legislative Analyst’s Office questioned whether that amount is appropriate, given the lack of knowledge on the number of hepatitis C patients covered by state programs and the cost per treatment for those patients, Chiu said.

“These high drug prices are not just straining employers offering health benefits. With one-third of Californians getting public health coverage through Medi-Cal, the state’s financial exposure is significant,” Chiu said in a prepared statement. The statement continued: “It is incumbent upon lawmakers to ensure that we have a full understanding of the costs impacting these important public programs and find new avenues to achieve savings.”

“I tend not to be a fan of onerous reporting requirements that lack a clear nexus between exposure and a stated objective,” Adams said in an email. “This strikes me as just that sort of bill.”

He added, “In other words, to borrow from the ‘underpants gnomes’ from South Park:

“Charitably, step two is to ‘… offer the public greater insight so that we can identify meaningful strategies to ensure prices do not threaten access to life-saving treatments,'” Adams said, referring to Chiu’s statement accompanying the bill.

“This bill is a huge regulatory burden that is predicated on the belief that more information is, by default, better,” Adams said. “What policymakers often miss is that information is not free. For every informational request that they make they add to the expense of getting a product to market. In this way, ironically, AB 463 likely works at a cross-purpose with its stated objective,” Adams said.

Chiu’s bill will have plenty of opposition, likely led by PhRMA, the trade group representing drugmakers. PhRMA officials did not respond to requests for comment on the bill.