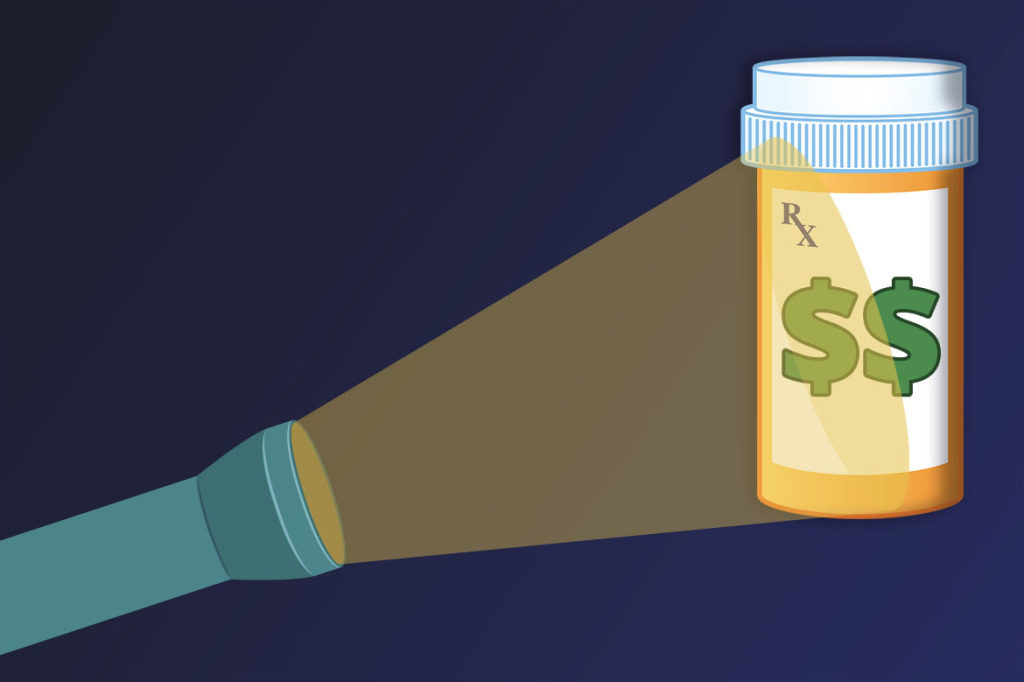 “Californians have a right to know why their medical costs are out of control, especially when pharmaceutical profits are soaring,” Brown said. “This measure is a step at bringing transparency, truth, exposure to a very important part of our lives. That is the cost of prescription drugs.”

The new law will require drug companies to give 60 days’ notice to state agencies and health insurers anytime they plan to raise the price of a drug by 16 percent or more over two years on drugs with a wholesale cost of $40 or higher. They must also explain why the increases are necessary.

The advance notification provisions take effect Jan. 1, while the other reporting requirements don’t kick in until 2019.

Brown said the bill is part of a larger effort to correct growing income inequality in the United States.

He called on top pharmaceutical leaders to consider doing business in a way that helps Americans who are spending large sums of money for lifesaving medications.

“The rich are getting richer. The powerful are getting more powerful,” he said. “We’ve got to point to the evils, and there’s a real evil when so many people are suffering so much from rising drug profits.”

The drug lobby fiercely opposed the bill, SB 17, spending $16.8 million on lobbying from January 2015 through the first half of this year to kill an array of drug legislation in California, according to data from the secretary of state’s office. For the pricing bill alone, the industry hired 45 lobbyists or firms to fight it.

The bill drew support from a diverse coalition, including labor and consumer groups, the hospital industry and even health insurers, who agreed to share some of their own data. Under the new law, they will have to report what percentage of premium increases is related to drug prices.

“Health coverage premiums directly reflect the cost of providing medical care, and prescription drug prices have become one of the main factors driving up these costs,” said Charles Bacchi, CEO of the California Association of Health Plans. “SB 17 will help us understand why, so we can prepare for and address the unrelenting price increases.”

Drug companies criticized the governor’s move, saying the new law focuses too narrowly on one part of the drug distribution chain — and ultimately won’t help consumers afford their medicine.

“There is no evidence that SB 17 will lower drug costs for patients because it does not shed light on the large rebates and discounts insurance companies and pharmacy benefit managers are receiving that are not always being passed on to patients,” said Priscilla VanderVeer, spokeswoman for the Pharmaceutical Research and Manufacturers of America.

Indeed, some experts have said transparency alone is not enough to bring down drug prices, and that California’s law may lack the muscle being applied in other states to directly hold drug prices down.

This year, at least two states have passed laws that may have a more immediate effect on consumer costs than the California measure. Maryland and New York, for example, adopted bills that use a variety of legal levers to impose financial penalties or require discounts if prices are too high.

But other policy experts argue that California’s law is part of a broader campaign to adopt stronger drug price measures across the country. So it makes sense to start with the source of the drug prices: the drugmakers themselves, said Gerard Anderson, a health policy professor at Johns Hopkins Bloomberg School of Public Health who tracks drug legislation in the states.

“The manufacturers get most of the money — probably about three-quarters or more of the money that you pay for a drug, and they’re the ones that set the price initially,” he said. “So they are not the only piece of the drug supply chain, but they are the key piece to this.”

This story is part of a partnership that includes KQED, NPR and Kaiser Health News, an editorially independent program of the Kaiser Family Foundation.