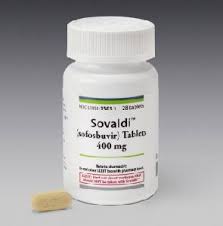 A new study finds that Gilead’s $1,000-per-pill hepatitis C drug could be worth the cost to treat prisoners with the disease, but prison and jail officials in California say the drug is too expensive to use on all inmates who need it, the San Francisco Business Times‘ “BiotechSF” reports.

Gilead has argued that the drug will save money over time, despite its high price, by reducing the need for liver cancer drugs and liver transplants.

The study was funded by the National Institute on Aging and conducted by researchers from:

The study compared the cost and effectiveness of the treatments over time.

In addition, researchers found that using the drug on inmates could save $2 billion to $5 billion nationally for Medicaid and other government health programs in the years after they are released by reducing expensive complications, such as liver disease (Lee/Garofoli, San Francisco Chronicle, 10/20).

Jeremy Goldhaber-Fiebert, an author of the study and an assistant professor of medicine at Stanford School of Medicine, said the “additional benefits” of using Sovaldi in prisons and jails “are sufficiently large even in this high-risk population to justify its increased cost” (HealthDay/U.S. News & World Report, 10/20).

However, he added that the high cost of the treatment is “a key challenge moving forward.”

Goldhaber-Fiebert said prisons could especially benefit from use of the drug because they could help ensure adherence, but he noted that treatment disruptions could occur when inmates are transferred to another facility, placed in solitary confinement or released.

Experts note that reinfection also is a concern among inmates and former inmates. Goldhaber-Fiebert added that the cost-effectiveness of Sovaldi deteriorates if the reinfection rate is substantially higher among a certain population or prison.

Nationally, about 12% to 35% of inmates have chronic hepatitis C, according to CDC (“BiotechSF,” San Francisco Business Times, 10/20). In California, 17,405 inmates have been diagnosed with the disease.

Despite the findings of the recent study, stakeholders say providing Sovaldi to all inmates with hepatitis C is not feasible.

Joyce Hayhoe, director of legislation and communications for the California Correctional Health Care Services, said just 146 inmates in the state — or less than 1% who have hepatitis C — are receiving Sovaldi to treat hepatitis C, while 16 already have completed the treatment.

David Woods — chief pharmacy officer at the San Francisco Department of Public Health — said that 108 inmates in San Francisco currently are infected with hepatitis C, but providing Sovaldi to all them is not possible because of the cost. Woods said, “If we treated 26 patients, that would be equivalent to our entire drug budget for the county jail system — for everybody — for a year” (San Francisco Chronicle, 10/20).