As a past President of The Orange County Pharmacists Association and interacting with pharmacists especially Independent Pharmacists and Pharmacy Owners, I have come to recognize a glaring theme over the years! 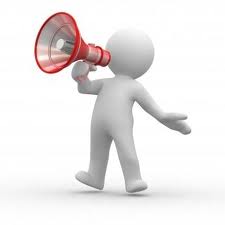 The theme is that that Independent Pharmacist or pharmacy owner feel like they are stranded on a desert island and all alone. When something is wrong with policies, pharmacy laws, third party payors and other mandates, many of the pharmacists say the same thing – “I am only one voice, my voice does not matter, nobody listens”. Many think there is nothing that can be done.

This is DEAD wrong! Every single voice matters and counts. Our profession and our patients demand it today.  We must Stand Up and Deliver!

As recently as June 1st, Pharmacists just like you, in California prevailed. The California Senate passed SB 1195. This is the California Pharmacists Association’s Pharmacy Audit Bill. The essence of the bill is:  “Claims adjudicators, PBMs have a necessary role in upholding legal standards and helping reduce fraud and abuse.  However, some PBMs engage in overly aggressive auditing practices that take pharmacists’ attention away from their patients and harm pharmacies as businesses. Audits have evolved away from their legitimate purpose and instead have become a profit-seeking game of “gotcha” against pharmacies, where PBM’s retroactively deny pharmacy claims based on trivial issues and non-substantive technicalities. In these circumstances in is clear that no fraud exists, no question that the right drug was provided to the right patient, and the plan was billed the correct amount”. The bill now moves to the California Assembly.

Why did this work? It was because of hundreds of pharmacists just like you who let their voice be heard by submitting letters describing abusive practices in their pharmacies by PBM’s during audits at their pharmacies to the chair of the California Senate Health Committee. One voice after another until that one lone voice added up to hundreds and hundreds of voices, and the bill was able to pass the senate.

Steps that You Can take to Stand Up and Deliver

10.NEVER THINK YOUR VOICE DOES NOT COUNT!!