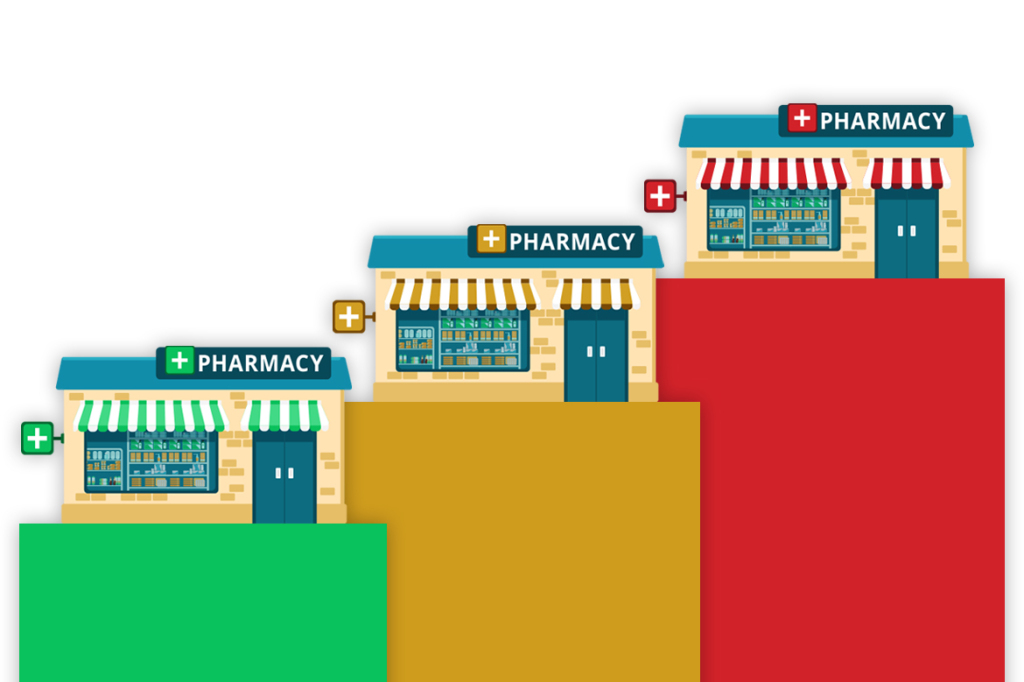 One of California’s largest insurers has proposed a change in the benefits of commercial plans next year that would require consumers to pay more for drugs at pharmacies outside an established network.

Blue Shield of California wants to create “a tiered pharmacy network” in its 2018 small- and large-group plans, according to preliminary proposals the company submitted to the California Department of Managed Health Care (DMHC), a state health insurance regulator.

If the proposal is approved by the department before the end of the year, it would affect the coverage of more than 1.8 million consumers, based on 2015 numbers from the regulator.

Under Blue Shield’s proposal, consumers still would have a broad selection of pharmacies, but they would have to choose a “preferred” pharmacy to maintain this year’s copayment amount. Outside of that network, consumers could pay up to $50 more for the same prescription, the company document says.

The move is part of a larger trend among insurers and other health care payers to narrow networks of providers to keep costs down, experts say. Consumers already are familiar with insurers steering them toward certain physicians and hospitals to save money. And narrower pharmacy networks are increasingly common in Medicare and employer-sponsored health coverage.

But the Blue Shield proposal would expand pharmacy networks to commercial plans — something California regulators say insurers under their purview aren’t currently doing.

Nationally, insurers and their pharmaceutical benefit managers have been known to selectively contract with pharmacies, although it’s difficult to say how common that practice is.

Pharmacy chain CVS Health expects to dispense tens of millions fewer prescriptions in 2017 as a result of being excluded from health plan pharmacy networks around the nation, according to news media reports. And late last year, because CVS was not included in a Blue Cross of Alabama network, hundreds of thousands of customers were notified that they should switch to a preferred pharmacy if they wanted lower prices.

“They’re saying, ‘What else can we do?’” he said. “To say ‘Can we do something on the distribution side?’ … I think is a natural additional step.”

Blue Shield of California spokeswoman Molly Weedn said the preferred pharmacy network proposal is an effort to “stabilize the increasingly high cost of drugs for our members.” Blue Shield of California already has preferred pharmacies in its Medicare plans, including CVS/Target, Walmart, Costco and Safeway/Albertsons and some independent pharmacies. The insurer’s latest proposal would use that same network of pharmacies in its state-regulated commercial market.

But some patient advocates and pharmacists say pharmacy networks can confuse consumers and interfere with patient care.

But in a letter in December to the health insurance marketplace, attorneys for low-income consumers and other advocacy groups objected. “We reject the allowance of tiered pharmacies as the right solution to our shared concerns about the ever-escalating prices of prescription drugs,” the letter said.

Covered California staff decided not to allow the change in the 2018 health insurance marketplace, spokeswoman Amy Palmer said, because it wouldn’t have considerably brought down health care costs.

Advocates with Consumers Union, which hasn’t taken a position on the most recent Blue Shield proposal, say pharmacy networks could create more complexity for lower-income people in an already complicated health insurance system, one that faces more uncertainty under an Obamacare repeal.

“It’s really not a good time to add one more layer of information that [patients] have to deal with,” said Betsy Imholz, special projects director at Consumers Union. “People will be befuddled.”

“It’s going to add to your costs and your time, and if you have a medical condition, to get to … the cheaper tier of pharmacy, that can be a real burden,” Imholz said.

But Blue Shield, in its proposals to the DMHC, said its pharmacy network idea is intended to make “health care affordable for all Californians.” And the company suggests that almost all of its commercial plan members live close to a preferred pharmacy.

Still, Katie Keith, a policy consultant and contributor to a recent report on pharmacy access, says the preferred pharmacy approach is not a panacea for rising drug prices.

“It’s not going to solve everything or even get close to solving the whole problem,” Keith said. “It’s a trend to keep an eye on, but I’m not sure how far this will go.”