Her experience along with her fierce passion for improving the future of pharmaceutical care for all makes her a successful and knowledgeable advocate for safe medications. Most importantly, her mission is to ensure patients have options in their coverage to their access their trusted pharmacists and that safe access to medications is prioritized.
Unite for Safe Medications started after a series of events that led up to Loretta’s child unable to access his medications the safest way, through the hands of the family’s trusted pharmacists. Loretta’s son is a transplant recipient whose life depends on medications every 12 hours.

As a mother, Loretta Boesing realized the importance of having the options of receiving her son’s medications the safest way after her son’s medications were delivered on a 102-degree day without protection. Soon after, her son went into transplant rejection. She vowed never again to use mail order pharmacy until it could be proven safe.
Upon researching the handling of medications, Loretta discovered an issue with the rules and regulations in the handling of medications during transport to the patient’s door. Mail-order pharmacy is very loosely regulated or unregulated in many areas after finding out that the FDA doesn’t regulate the temperatures of mail-order pharmacy.

Upon connecting with others, she learned that the forcing of mail-order pharmacy was happening to many. Some, like Loretta, quickly discovered there was not an “Opt-out” option of mail order pharmacy.
Loretta connected with another petitioner who has a UPS petition of over 400,000 supporters for air-conditioning in the back/storage area of the vehicle. Theresa’s husband went into renal failure from the high temperatures in the storage area. People die every year because the vehicles are extremely hot just like your car is extremely hot sitting in the sun. The doors are mandated to stay closed unless workers are getting a package. The trucks get over 100 degrees on an 80-90 degree day, and temperatures can soar up to 170 degrees.

Next, Loretta connected with physicians and pharmacists who introduced her to many other issues with mail-order pharmacy.
Pharmacist were quick to support her in her fight against forced mail-order pharmacy citing many issues of having to come to the rescue of patients due to delays, lost shipments, miscommunication, no face-to-face interaction with a pharmacy that was familiar with the patient’s history, lack of temperature monitoring, and damaged shipments.
The pharmacists also informed that independent pharmacies were closing rapidly due to an unfair playing field.

Profits appeared to become first before what was best for the patients.
There are many issues with forced mail-order pharmacy. By educating others about these issues, gathering resources, performing research, educating others, and encouraging safe access to medications, Loretta Boesing will fight hard to ensure that mail-order pharmacy is never forced or left as the only option, life-saving medications are properly handled, patients will always have options and coverage to a pharmacist who knows them personally, and that America’s trusted pharmacies are paid fairly. 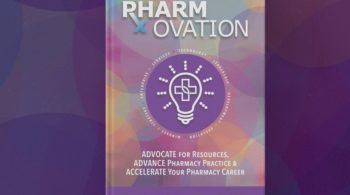 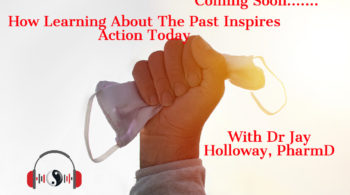