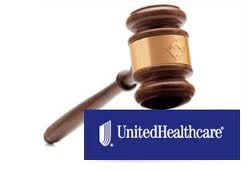 United Healthcare began sending letters to HIV infected members in February that they had to get their HIV medications from United Healthcare’s mail order pharmacy OptumRx. This is like dejavue, the Anthem Blue Cross story all over again……same story different gouging insurance company.

The role of the pharmacist in treating HIV patients is absolutely critical. For United Healthcare to mandate the mail order policy and FORCE members to forgo their relationships with their community HIV Specialist pharmacists who have been caring for them for many years and making sure they stay on track and are adherent with their medications, manage potentially fatal drug-drug interactions and provide exceptional care, is unconscionable.

Consumer Watchdog has filed a lawsuit against United Healthcare, similar to the lawsuit filed against Anthem Blue Cross. Their are seven causes of action in the lawsuit including violation of California’s Civil Rights Law ( Unruh Act). United Healthcare is discriminating against people with HIV and other life threatening illnesses such as hepatitis, cancer and multiple sclerosis.

No insurance company should be allowed to discriminate against their members and force them into mail order for specialty drugs. By getting specialty drugs through the mail order pharmacy (that’s if the patient get’s it on time without any stress and drama, which is usually NOT the case) and they get the remainder of their medications from their community pharmacy, there is no continuity of care and patients are set up for catastrophe!

Hopefully the lawsuit will follow the path of Anthem Blue Cross and United Healthcare members will be able to OPT OUT of the mail order program if they so choose without penalty and continue to use their community pharmacy who they know, like and trust and where the HIV pharmacist is a key player in their health.

When AB299 passes the California Legislature and is signed into law by Governor Jerry Brown, Insurance Companies across the board will be forced to stop preying on their sickest members