The mission of the company is to work with pharmacists to find their specialty niche and make their business profitable and marketable, while maintaining an environment of excellence to the health care of their patients.

The company is committed to providing cutting edge, quality coaching, training and consultation services to pharmacists and corporations.

Ms. Sherman is a nationally recognized HIV Specialist Pharmacist practicing in Orange County, California for over eighteen years.She has experience and expertise in building profitable specialty pharmacies. Michelle is a published author of the book "Saving Lives: The Role of The Pharmacist in HIV"

Ms. Sherman obtained her Bachelor of Pharmacy degree from the University of the Witwatersrand School of Pharmacy, Johannesburg South Africa. She moved to California in 1987 and has been involved in the HIV/AIDS community for over eighteen years. Ms. Sherman is also certified in the following areas: Dyslipidemia from American Pharmaceutical Association and Immunizations from the California Pharmacists Association, and has completed the American Society of Consultant Pharmacists HIV/AIDS Pharmacotherapy Traineeship, is also a CHEK Holistic Lifestyle Coach IIl and Certified Metabolic Typing Advisor l. Michelle is credentialed by AAHIVM as an HIV Expert.

Professional accomplishments include the following:

Ms. Sherman’s professional and community service is extensive and includes the following: 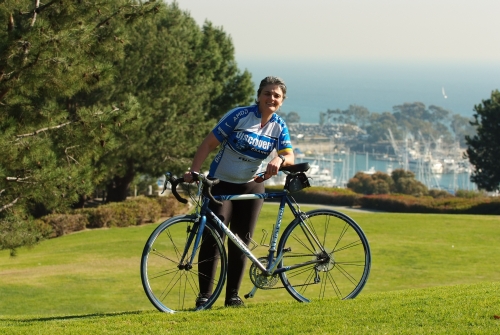 Study with CalOptima and UCSF School of Pharmacy - Evaluation of Antiretroviral Therapy in Patients Infected with HIV: A Pharmacy Claims Based Analysis, which was accepted for a poster presentation at the United States Conference on AIDS, September 20-22, 2002. Anaheim, CA

Find Out More From MichRX Consulting And Get Started Today!

Building Your Pharmacy Business?Discover what to avoid here

8 Deadly Mistakes To Avoid When Building Your HIV Pharmacy.

We value your privacy and would never spam you

8 Deadly Mistakes To Avoid When Building Your HIV Pharmacy.

We value your privacy and would never spam you 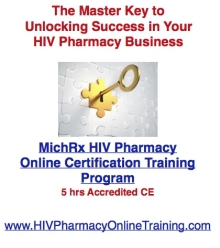