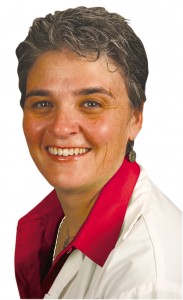 As far back as I can remember, growing up in South Africa, one thing was always obvious to me. It was something that emanated from my core, from my soul, if you will. It was the “knowing” that all human beings are created equal, that we are all the same. I had this overwhelming drive to help people.

As you can imagine, while growing up in apartheid South Africa, the gross injustices done to human beings was evident to me at a very early age. Just because of my color, I lived a life of privilege, with a five star education and access to almost everything, while my counterparts, who were black, lived a life of hell and servitude under the apartheid regime. They were faced with inferior education, had to carry “pass books,” and were forced to live in segregated, squalid townships and work at menial jobs for very little wage. This injustice and mistreatment of human beings was wrong, and I knew this from my core. As Nelson Mandela said, “To deny people their human rights is to challenge their very humanity”

During those years when I was growing up in South Africa, all media was censored. I knew nothing of Nelson Mandela until I moved to the United States of America. Everything about him was withheld from us. I always knew that my life’s path and journey would involve helping and caring for people; from deep within, I always knew that I was a healer. 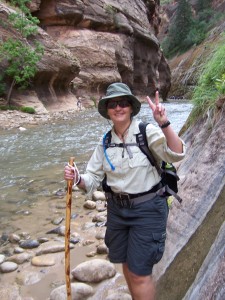 The magic began when I was fifteen years old and I began working in my uncle’s pharmacy on Saturdays. I loved it, and I learned about all the medications and helped him with dispensing and compounding. I finally knew what I wanted to do—I WAS GOING TO BE A PHARMACIST! Wow, it
was so cool, and I knew that as a pharmacist I could help so many people and make a difference in their lives.

I grew up in a society where the majority of the population were mistreated, could not vote, and were not considered citizens. I always had a burning desire to move to the United States, where everyone is free and can be anything they choose to be. It’s the land of opportunity; the American dream is real. After graduating from pharmacy school, I worked in my uncle’s pharmacy until I had enough money to make my dream come true. By this time, international sanctions were putting a stranglehold on the South African government, and the uprising against the government was intensifying. The government inflicted brutality on those who “disagreed” with their policies or who were outspoken to the injustices they were subjected to; many were arrested and “disappeared”—it was time for me to go. 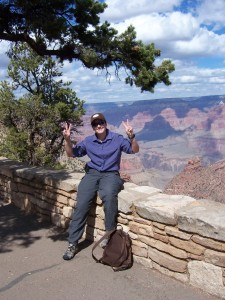 I left South Africa with three thousand dollars and two suitcases and headed to the United States, to California, to make my dream come true. When I left South Africa there was no news about AIDS in South Africa, or anywhere else in Africa for that matter. The only thing I knew about AIDS is what was going on in the United States; gay men were dying, and Rock Hudson had just died. Practicing as a pharmacist in California, I became horrifyingly aware of the magnitude of the AIDS epidemic, and I had some friends who died from AIDS. I knew immediately that taking care of AIDS patients was my calling, my passion, and NOTHING was going to stop me. This was the reason I became a pharmacist; this was my purpose. Caring for my patients was the core of everything for me.

I knew I had to make a difference, and I began volunteering at Laguna Shanti in Laguna Beach California, a tiny city deeply impacted by the AIDS epidemic. I would visit patients in the hospital or at their home, many alone, as they had been disowned by their families, and a week later they were dead. I was witness to sick and dying gentle souls, who were suffering from the stigma of having AIDS and homophobia, and I knew that treating each patient with respect, love, care, empathy and compassion meant everything to them. As Nelson Mandela said, “AIDS IS NO LONGER JUST A DISEASE; IT IS A HUMAN RIGHTS ISSUE.”

One thing I have realized through all of this is that Saving Lives is not always meant in the literal way. You could “Save Lives” when a person is sick, on hospice and dying, by being there, showing that you care and offering love, care, empathy and compassion so that they can die in peace with dignity and grace. 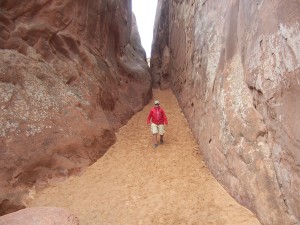 I created the first HIV Specialty Pharmacy in Orange County California while I was still working for a major chain and saw how deeply the services we provided impacted the lives of our patients. As my career evolved, and I moved from “the chain setting” to Independent Pharmacy, the practice grew and grew and the impact for patients was
enormous. We created our consulting company, MichRx Pharmacist Consulting Services, Inc. to expand our vision of care for HIV patients. The journey continues and the power, courage and strength of all my patients propel me forward to do my work every day.

As a pharmacy entrepreneur and innovator, I have developed a leading edge Medication Therapy Management program :Ubuntu Pharmacist Care Program saving lives and managing drug therapies and outcomes for people living with HIV.

I am committed to advancing the recognition of pharmacists as key healthcare providers on a patients care team. To achieve this she has a non profit organization The Center For Advanced Pharmacist Care, to further advance and recognize medication therapy management within the healthcare system.

Michelle is also an author of the book Saving Lives:The Role of The Pharmacist in HIVand an accomplished speaker