This week’s podcast we talk about how climate change creates pressure on healthcare and health services around the world.

This is Michelle Sherman, president of Michelle wrecks, pharmacist consulting services, and your host of the conscious pharmacist podcast. Welcome to this week’s episode. As I sit and record this week, California is being pummeled by extraordinary strong ring wins. Northern California in the Bay area has again been hit with terrible, terrible fires. Tens of thousands of people have been evacuated from their homes as the winds blow and the fires rage.

Many of my friends have been evacuated from their homes to safety with their animals and their loved ones. Today in Southern California, the Santa Ana winds kicked up and Oh my goodness, the winds are extraordinarily like awful of fires raging. Um, yeah, Los Angeles and in the Valley. It’s just a firestorm. Basically wind and firestorm. We’ve seen devastating effects from hurricanes, tune tornadoes and extraordinary extreme weather conditions, climate change and global warming is a reality.

We all know worked. We’ve seen what’s going on and what are we going to do to save our planet, save ourselves, and save this extraordinary planet that we live on. But have you ever thought about the health ramifications of global warming?

Well, I wanted to discuss that in this week’s episode because I read an extraordinary article that was shocking to me. Um, it was a, a guest editorial, um, that was published in the South African medical journal, um, by Dr. Matthew Church church dish. He’s, um, from the University of the Redwood restaurant in Johannesburg, my Alma mater. He is the vitriol reproductive health and HIV Institute from the faculty of health sciences, from the university of different artists or on in South Africa. And this was an extraordinary article. It’s titled real global warming and do the hard-won gains of prevention of mother to child transmission of HIV. This just this headline was mind-blowing for me because we know how devastatingly hard, um, the world has been hit by HIV and especially sub-Saharan Africa and especially my home country, um, where I grew up of South Africa, millions and millions and millions of people have died.

Millions of babies born with HIV have died. And just in recent years have they started to win the battle against mother to child transmission, getting women tested, getting women prenatal care, getting women on antiretroviral therapy so that their babies are born HIV free. It’s an extraordinary measure, but very fragile gain. All these gains we’ve made in HIV are very fragile and we cannot allow ourselves to go backward. So this was an extraordinary article in, in, in the show notes and the resources of put a link to, to the entire article.

But during pregnancy, these changes go on in the woman’s body and they have a diminished ability to tolerate heat stress. Um, in Africa it’s been especially hard hit by global warming. The temperatures in, Southern Africa, already rising and the future increments in Southern Africa are expected to be twice the global rate. So the heat and the boiling weather is expected to rise.

Many studies have linked heat exposure during pregnancy to a range of adverse birth outcomes, including prematurity. Still both stillbirth, low birth weight, and congenital defects. All this increased heat can really affect the way women react to the heat during pregnancy. And the outcome. Many labor wards in, in Southern Africa, in the public sector, um, seldom have air conditioning and the temperatures in some facilities can, you know, exceed outdoor temperatures by as much as four degrees.

So the the the structural and the situations in those areas are or really very dire when it comes to, um, to, to increase temperatures and everything. So heat waves, the raised ambient temperature, um, you can cause interruptions in medical supplies during heat waves. The wastage of heats into the drug, worsening of women’s economic circumstances, reducing resources available for attending healthcare, which often includes substantial user fees and other costs.

So what risk factor does that pose too, the risk of mother to child transmission? This course is interruptions in antiretroviral treatment and nonadherence to treatment and treatment failure. So just those interruptions in medical supplies, access to drugs are going to cause more babies to be born with HIV. The indirect effects through migration and conflict. So as people migrate across Africa because of social situations or conflict, there’s poor maternal health, race, socioeconomic vulnerability and barriers to accessing antiretroviral treatment.

This overburdened emergency transport during heat waves with less capacity to transport women to facilities during labor. So there’s an increase in home deliveries with ads, somebody skilled and a midwife or a birth attendant. Newborns are exposed to HIV and do not receive antiretroviral prophylaxis of the birth. This increased infections with temperature-sensitive microbes during pregnancy and labor and this can cause HIV transmission to be increased by Korea, M Emini Artis or prolonged rupture of membranes.

There’s also an increased risk of malaria during pregnancy causing placental malaria, dehydration in labor with reduced uterine constriction and decrease uterine blood flow causes prolonged labor with long exposure to maternal HIV fluids during childbirth. Again, posing a greater risk of mother to child transmission. Mental health conditions in pregnancy and postpartum especially anxiety and depression cause reduced visits to health services before and after pre-pregnancy at least to non-adherence of antiretroviral drugs with a viral rebound.

Again, the transfer of HIV between the mother to the child during birth increased bacterial and fungal mastitis inflammation rate raises the amount of HIV present in breast milk and that’s HIV exposure to the infant. Unlike in the US in Africa, mothers still HIV positive mothers still breastfeed their children. The increased liquid requirements in inference during a heat exposure cause increased intake of breast milk with consequent exposure to larger volumes of breast milk containing the HIV virus.

And I wanted to share this information with you. Again, the entire article which I found mindblowing is in the show notes so you can read the entire thing. So this is just food for thought as we take care of our patients and we become conscious of what we doing. Not only do we need to be conscious in our work and taking care of our patients and taking care of our families in our communities, but we also need to think of the greater universe and global warming and climate change and what can we as individuals do to make a difference. Um, we’re also part of the pharmacy podcast network and very proud to be part of that network.

And again, until next time, be the change.

Michelle
« Previous Post CP23: To Recharge You Must Unplug Next Post » CP25: A Conversation with Dr Christina Madison – Part 1 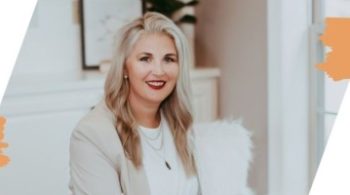 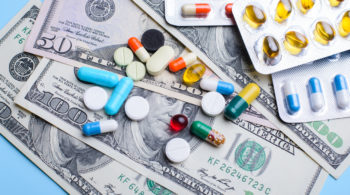 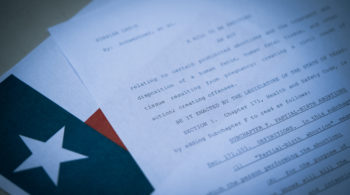