Pharmacists are about to finish one phase and start another in the march toward broadening their scope of practice in California to include more primary care services.

Using new guidelines created in a bill signed into state law about a year ago, pharmacists have been retooling regulations to include new duties.

“We’re still going through the process of creating additional regulatory framework but we’re about to wrap that up at the end of this month,” said Jon Roth, CEO of the California Pharmacists Association.

The California Board of Pharmacy, the regulatory agency with oversight authority over the industry in the state, meets Jan. 27-Jan. 28 in Sacramento. Roth hopes new regulations will be approved at that meeting.

“That will effectively allow us to push the ‘Go’ button for the second phase, which is about the payers,” Roth said. “We see this process as two distinct phases. Phase one is regulatory and phase two is getting payers to recognize and respond to the changes.”

Two changes that will probably be most noticeable to the public will be expanded immunization authority and expanded authority surrounding travel medication, according to pharmacy officials.

“As legislation often is, the bill that passed and was signed was vague in some areas,” Roth said. “We have had to nail down many regulatory details. That also applies to our next phase — getting payers into the equation.”

“Our association is working on payers now to begin to recognize the new authorities pharmacists have. We’re going to be asking payers to work these new services into their framework and that will require a lot of legwork.”

Private insurers, as well as Medi-Cal, California’s Medicaid program, will be involved in many of the changes.

Medicare, however, is a different issue.

A national effort to allow pharmacists to be reimbursed by Medicare for primary care services is underway in Congress.

A bill with sponsors from both sides of the aisle — HR 4190 — was introduced last year to create a system that would allow pharmacists to be paid by Medicare for specific services in medically underserved communities.

The bill — by Reps. Brett Guthrie (R-Ky.), G.K. Butterfield (D-N.C.) and Todd Young (R-Ind.) — would align federal policy with state policies that allow pharmacists to provide additional services, such as immunizations, diabetes management, blood pressure screenings and routine check-ups. There is currently no mechanism for pharmacists to be reimbursed by Medicare.

“We see that bill as a sort of a national effort to do for Medicare what we’re doing in California for other insurers,” Roth said.

California’s new regulations grant all pharmacists specific authorities in all practice settings that had previously been limited to inpatient settings or integrated systems. The bill also establishes a new “Advanced Practice Pharmacist” title, which can be granted when experience and/or certification requirements are met. The new APP title allows qualifying California pharmacists to:

California is not the only state rethinking the role pharmacists play in health care delivery. Many of the changes spelled out in California’s authorizing legislation — SB 493, by Ed Hernandez (D-West Covina) — were modeled after changes first approved in New Mexico and North Carolina. Since California’s law was signed, at least 16 other states have passed or are considering similar legislation.

A report released last week from the National Governors Association examines how the profession has evolved beyond just dispensing medication to also include providing direct patient care. The report explores ways states can better integrate pharmacists into the health care delivery system.

The report contends that integrating pharmacists into chronic-care delivery teams, in particular, has the potential to improve health outcomes because of the critical role medication management plays in treating chronic disease. Studies indicate pharmacists who provide medication therapy management services can improve outcomes and reduce costs, the report said.

“As the health care system undergoes a major transformation in both finance and the delivery of services, states are focusing on improved quality and health outcomes,” NGA Executive Director Dan Crippen said in a statement accompanying the report. “Integrating pharmacists — who represent the third-largest health profession — into the health care delivery system is one way to meet those goals,” Crippen said.

This is the fourth report from the NGA dealing with expanding the scope of health care providers. Previous reports examined changes for physician assistants, dental hygienists and nurse practitioners. 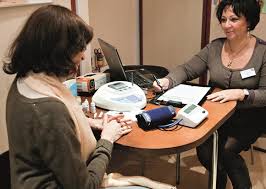