The fungal meningitis outbreak that occurred at New England Compounding Center (NECC) that has sickened 720 people in 20 states and led to 48 deaths is a tragedy for all the patients and families involved, whose lives will NEVER be the same again. Patients are still sick and still dying.

The first lesson to be learned from this tragedy is that as pharmacists and healthcare providers it is our absolute responsibility to care for our patients and abide by the Hippocratic Oath we all took and first and foremost “Do No Harm” by providing our patients with SAFE and effective medications, whether the medications are ordered from a reputable wholesaler or they have been compounded by compounding specialist pharmacists.

The second lesson is that GREED KILLS

Back on March 10th, 2013 60 Minutes aired Scott Pelley’s investigation into NECC and interviewed the whistleblower technician who warned his supervisors that they were going to hurt a patient, that there were problems.

The Greed by the company, Barry Cadden (who shamefully is the pharmacist owner of the company) and his entire team of directors, managers & supervisors is directly responsible for this tragedy. The company took matters into their own hands profiting on the nationwide shortage of methylprednisolone acetate. The company flagrantly ignored the laws of compounding pharmacy and became a manufacturer, producing over 17.000 doses of the injection and distributed it to hospitals across the country. The company ignored all clean room protocols and fungus was visible in the clean room as the technicians just kept pumping out dose after dose while their supervisors ignored all warnings and turned a blind eye to what was going on. 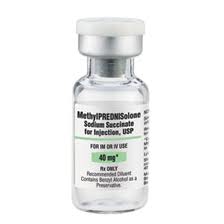 The third lesson is that there is plenty of blame to go around!

Both the FDA and the Massachusetts Board of Pharmacy had adequate authority to take action against NECC and both failed miserably, the FDA to shut down the manufacturing and the Board of Pharmacy to enforce pharmacy laws and compounding standards. Both these agencies could have mitigated or prevented patient suffering.

As pharmacists we must hold our profession in the highest regard and to the highest standards and to the letter of the law to protect our patients from harm.

You can watch the entire 60 Minutes piece by clicking this link: Watch NOW